Slate roofs are attractive and durable, but also heavy and expensive. Learn more about their benefits and why only experienced roofers should install them.

Slate has been used as a roofing material for nearly a millennium, if not longer. It provides aesthetic appeal and protection against the elements. It is relatively rare in the United States, except in houses on the East Coast.

Since it’s made entirely of stone, slate roofing is quite heavy and can be difficult to install. You need a roofing contractor who has experience installing and repairing slate roofs, and who understands the material. Properly maintained, a slate roof can outlive you by decades or more. 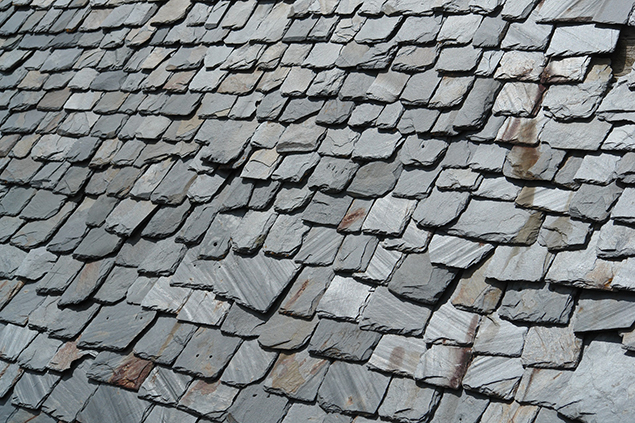 Photo by Josep Plans on Unsplash

What is the visual appeal of a slate roof?

Slate contains large amounts of mica, a crystalline mineral that reflects light. This gives slate roofs a shiny or sparkly look from certain angles. Slate shingles have a rough texture that can give a house a rustic or historic look. They may also have variations in color that create a distinct look.

A brief history of slate roofs

Slate is a metamorphic rock. Various types of clay formed a sedimentary rock known as shale. Over hundreds of millions of years, pressure and heat transformed the shale into slate. The layers of sediment are still visible, a feature known as “foliation.” This makes slate easy to cleave into thin pieces, which can be used in roofing.

The first known use of slate as a roofing material occurred about 800 years ago in northern Wales. It was mainly used in castles and forts at the time since it was too expensive for use in homes.

Europeans brought slate roofing techniques to North America in the 1600s. It remained rare until the first slate quarry opened in Peach Bottom Township, Pennsylvania in 1785. Mass quarrying of slate began in the second half of the 19th century. Major slate quarries are located in Maine, Vermont, New York, Pennsylvania, and Virginia. 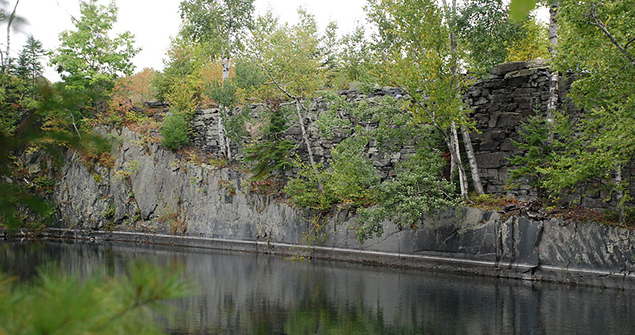 Photo by Gwernol on Wikimedia Commons

Slate peaked in popularity in the early 20th century. Asphalt shingles, which first appeared in 1903, gradually pushed slate out of the market by offering a much cheaper alternative. Slate has experienced a small resurgence in popularity in the 21st century, partly due to interest in historic preservation.

Are there alternatives to slate that look the same?

Given the expense of purchasing and installing real slate, it makes sense that alternatives exist that provide at least some of the same benefits. These include:

Many of these products can replicate slate’s distinct look. They may offer advantages over slate, particularly with regard to cost and weight. They might not, however, match slate’s ability to protect a home.

How do slate roofs perform in the elements?

Slate roofs have a proven track record protecting homes from many of the elements:

How does the cost compare to typical shingles?

A slate roof is the most expensive kind of roof, without a doubt. The cost per square (meaning per 100 square feet) can be as much as $2,000. Asphalt roofing can cost a few hundred dollars per square.

Photo by macayran on Pixabay

Why is it important to hire a roofer who has specific experience with slate roofs?

Slate roofing is made of 100% slate, meaning that it is heavy. A square of slate roofing can weigh 200 to 250 pounds. A roofing contractor with experience installing slate roofs will be able to tell you if your home needs reinforcement to support the extra weight.

Additionally, since slate shingles are carved from rock, they can be delicate if not handled correctly. They require careful installation and maintenance.

The skilled and experienced professionals at RoofCrafters provide unmatched workmanship and service in the greater Austin area. Contact us today to schedule your roof inspection.