Most of us take our roofing systems for granted. But without them, we’d definitely notice! These are some lesser-known facts about roofing. We were surprised by a few.

This comes as no surprise to professional roofers, but despite popular belief, lightning is not more attracted to metal than other materials. Lightning is simply more likely to strike on the highest point of a structure. Many tall commercial roofs are made of metal, so this may play into the rumor.

Thatch roofs were banned in London

In 1666, there was a hugely devastating fire in London. This was right after the Great Plague in 1665. This may be a contender for “worst year ever”.

After the blaze subsided, only 20% of London was left standing. Almost every civic building and 13,000 private homes were destroyed. Six people lost their lives. The king enacted an order stating that every thatched roof in London must be replaced with tile. 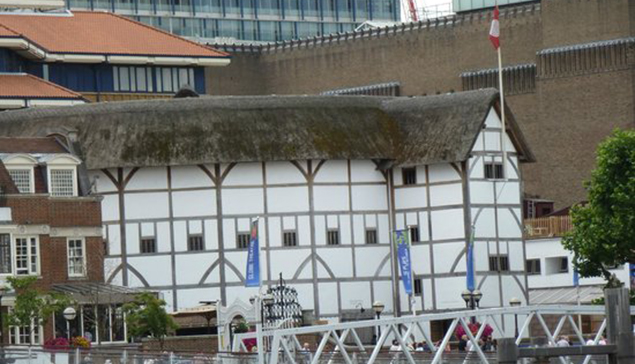 “The Globe” theater is the one and only thatched roof still permitted in London.

The Cairn of Barnenez is one of the oldest structures left standing on earth – perhaps even older than the Great Pyramids in Egypt. Up to 14,000 metric tons of stone were used for its construction. It’s not the prettiest roof we’ve ever seen, but apparently, it’s durable!

A truly flat roof would be a bad idea. Water and leaves would pool, it would sag, and eventually leak. Every flat roof is slightly pitched so that debris can runoff.

Humidity will permeate just about any material if given enough time. Rather than attempt to act as an impenetrable shield, a well-installed roof is ventilated. It lets out moisture, keeping humidity levels low.

We don’t see rooftop gardens in Texans too often. But in a concrete jungle like New York City, they may be the only greenery you see during the course of a normal day. There are zoning laws, emergency access guidelines, and a landscape architect is often hired to make the best use of the space for larger commercial projects. They’re used as community vegetable gardens in some apartment complexes.

The Potala Palace in Lhasa puts Jamie Foxx’s gold Bugatti to shame. It boasts an incredible amount of gold plating used on its roof. It’s a 1,300-year-old palace built by a Tibetan king. In 2018, the palace underwent a renovation project, finally completed after eighteen months of work. The roof was repaired from damages due to wind, sun, and rain exposure. But it’s really shining now!

95% of homeowners have home insurance

The primary causes of property loss are wind and hail, followed by fire and lightning. In fact, in 2018, these causes accounted for 67% of all property damage claims filed. Most insurance policies cover roofing systems – at least in part. If you have insurance, getting a new roof isn’t as terrible of an expense as some new homeowners would expect!

A turf roof may remind you of the hobbit villages in Lord of the Rings. But they’re actually real! Sod is put on top of birch bark which helps hold the wood in place. The materials are very low in cost but the labor is tough. Until the nineteenth century, neighbors in Scandinavia would join in a “roofing party” where several households help construct a new roof. Sound fun? There’s even a Norwegian term for it: dugnad!

RoofCrafters is your first choice in Central Texas

We saved the best fun fact for last: Roofcrafters is your first choice roofing contractor in Central Texas. We’ve helped thousands of home and business owners seal and beautify their properties over the last several decades.

Get started on a free consultation with an expert project planner today!